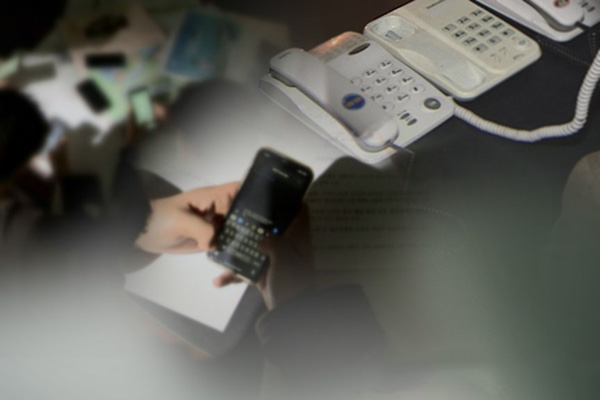 The government has decided to set up a joint investigative team comprising the prosecution, police and financial regulators to handle telephone-based financial scams as damages from such schemes continue to rise year after year.

The Office for Government Policy Coordination said on Thursday that the decision was reached during a government meeting on responding to voice phishing scams.

The agency said the envisioned team, which will be launched as soon as next month, will thoroughly track down all members of voice phishing rings, including staff who collect cash from victims and individuals in charge of the operations.

The team will also be tasked with recovering the money stolen in such schemes, providing relief for victims and implementing administrative measures against illegitimate telecommunications companies.

The team will also conduct on-site investigations of voice phishing rings based abroad by closely working with local authorities.

As part of efforts to streamline channels through which victims report damages, the government will set up a joint response center for voice phishing within the year.

Currently, the government receives reports of such scams through channels operated by related agencies. As a result, victims endure inconvenience in the process of personally seeking out the particular channel through which they can report damages.

The nation has seen a continuous surge in reports of telephone-based financial scams since the first case was reported in 2006. Last year, damages from such schemes amounted to more than 774 billion won.
Share
Print
List