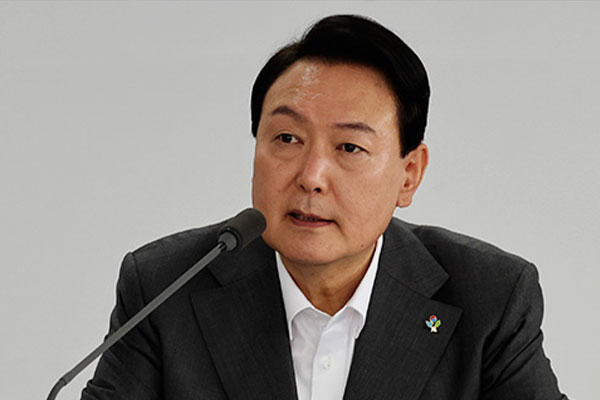 Speaking to reporters on Thursday, Yoon said the latest incident is a "breach of national discipline" as only the president has the authority to make the appointments.

He said the police released the candidates it had recommended to the interior ministry overseeing the law enforcement agency before he had a chance to authorize them through the ministry.

While there was initially speculation that the presidential office may have compelled the police to reverse itself on seven candidates for senior superintendents general so that the office could tighten its grip on the state agency, Yoon's remarks suggest that the police had acted prematurely.