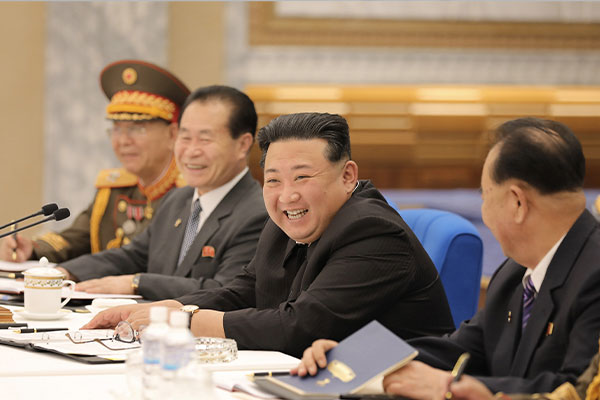 The ministry in charge of inter-Korean affairs has determined that there is a possibility that North Korea will increase its military threats against the South.

Such assessment came from a unification ministry official on Thursday, referring to the ongoing, extended meeting of the North Korean ruling Workers' Party's Central Military Commission.

The official cited the North's announcement that it added missions and revised operational plans for front-line military units as well as the release of a photo from the meeting that intentionally showed a map of South Korea's eastern regions.

When asked about the possible issuance of a message by the North regarding a nuclear test, the official said Seoul will continue to monitor related developments with an openness to all possibilities.

The official also noted that it is considered rare for an extended session of the Central Military Commission to carry into a third day under the Kim Jong-un regime.
Share
Print
List