No. of Foreigners in Korea Rebound to Two Million Range 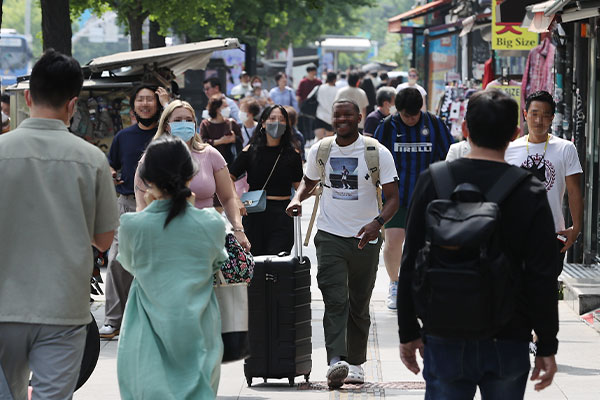 The number of foreigners staying in Korea rebounded to the two million range as the COVID-19 pandemic shifted to an endemic.

According to the Korea Immigration Service on Thursday, the number of foreigners residing in Korea increased by more than 25-thousand in May from the month before, surpassing the two million mark for the first time in 15 months.

The figure first exceeded two million in 2016 and steadily increased before beginning to drop with the outbreak of COVID-19, falling below two million for the first time in over five years last year.

Seasonal migrant workers holding an E-8 visa, the majority of whom work in the agricultural sector, recorded the highest increase, jumping 20-fold from the previous year.

Immigration officials projected the number of foreigners in Korea to rebound to the pre-pandemic level of over two-point-five million by next year amid increasing numbers of migrant workers, foreign students and tourists entering Korea.
Share
Print
List