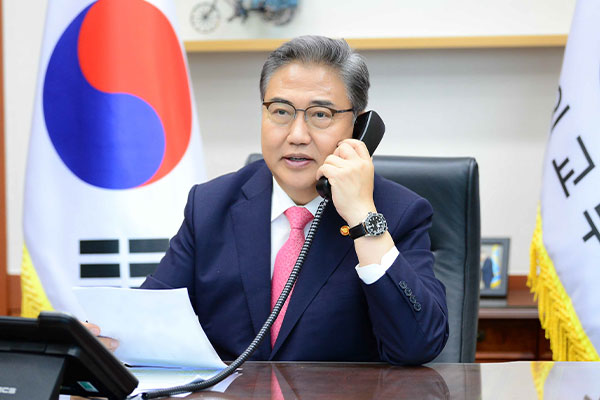 The top diplomats of South Korea and the United Arab Emirates(UAE) held talks on the phone and discussed ways to promote exchanges of high-level officials between the two nations.

According to Seoul's foreign ministry, minister Park Jin spoke on the phone on Thursday with his UAE counterpart Abdullah bin Zayed Al Nahyan, Minister of Foreign Affairs and International Cooperation.

In the talks, Park proposed that the two nations enhance cooperation in the sectors of hydrogen, climate change and aerospace, based on the achievements they have made through cooperation.

The minister also suggested that the two sides promote exchanges of high-level officials, including holding a special strategic dialogue between the foreign ministers.