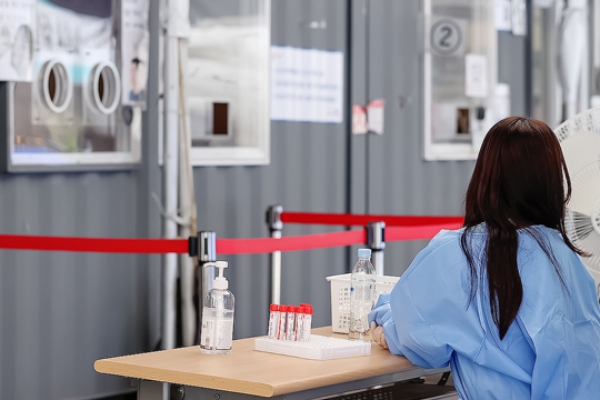 The Korea Disease Control and Prevention Agency said on Friday that seven-thousand-227 infections were reported throughout the previous day, including 111 from overseas. The country's accumulated caseload rose to around 18 million-310-thousand.

The daily tally dropped by 270 from a day ago, but increased by 32 from a week ago, indicating a possible slowdown in the downturn.

The 111 cases from overseas mark the largest since March. The figure surpassed 110 for the first time since February 28, when it posted 160.

The number of seriously or critically ill patients receiving care at medical facilities is down by six from the previous day to 52, remaining in the 50s for a second day.

Ten deaths were reported in the past 24 hours, raising the death toll to 24-thousand-498. The overall fatality rate remains at zero-point-13 percent.
Share
Print
List