Nation to Hold Ceremony to Mark 72nd Anniversary of Korean War on Sat. 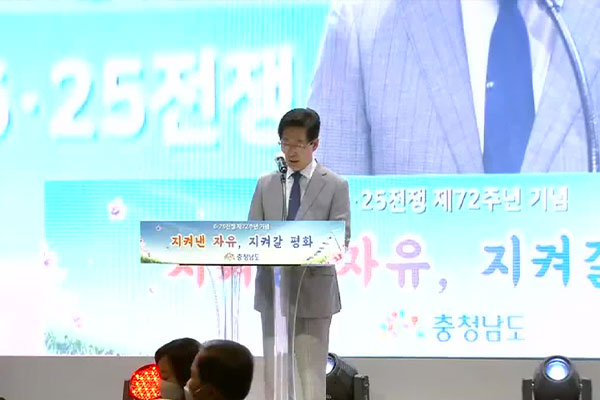 The government will hold a ceremony on Saturday morning marking the 72nd anniversary of the outbreak of the Korean War.

According to the Ministry of Patriots and Veterans Affairs on Friday, the event will begin at 10 a.m. at Seoul's Jangchung Arena.

Around 15-hundred people including South Korean and foreign veterans, government and military officials as well as members of the general public are expected to attend.

Five servicemen killed in action whose sacrifices were recently confirmed will be awarded orders of military merit.

Veterans affairs minister Park Min-shik said the government will remember our heroes, troops from both the Korean military and United Nations' forces, and honor their sacrifice and dedication which provided the foundation for the country to prosper and defend freedom and democracy that it enjoys today.
Share
Print
List