Yoon: Gov't Yet to Decide on Revising 52-Hour Workweek System 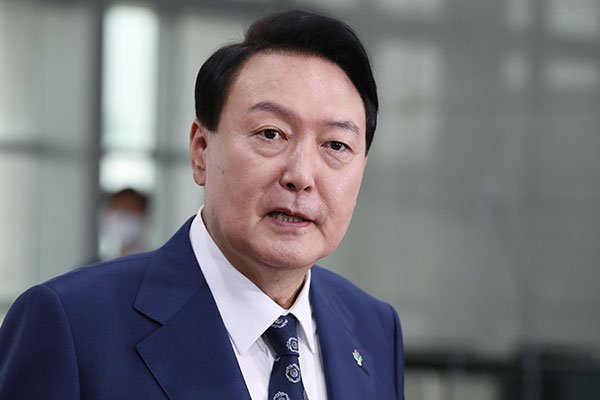 President Yoon Suk Yeol said his administration has yet to officially decide on revisions to the 52-hour work week system.

Yoon’s remark on Friday comes after labor minister Lee Jeong-sik on Thursday pledged to modify the calculation of hours for the 52-hour system, allowing employers and workers to flexibly spread hours over a month.

Speaking to reporters on Friday, Yoon said the minister's pledge was not part of the government's official announcement, but something the finance minister had ordered the ministry to look into for a more flexible labor market.

In the original announcement by the ministry, it mentioned plans to launch a research body involving outside experts next month, which will draw up a detailed list of relevant policy and enactment tasks following a four-month deliberation.

The current 52-hour work week system, introduced by the former Moon Jae-in government in 2018, has been criticized for failing to meet the needs of both businesses and workers.
Share
Print
List