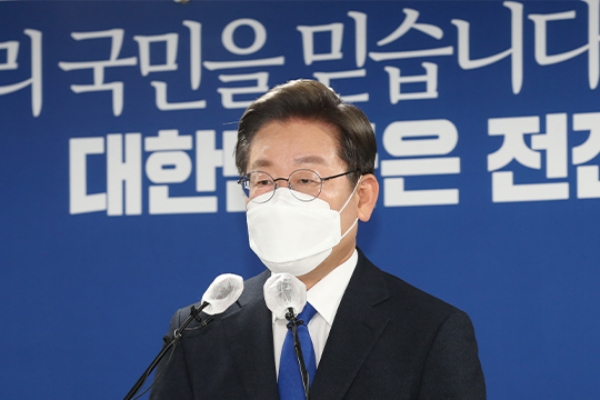 The main opposition Democratic Party(DP) held a two-day workshop to seek a way forward after a crushing defeat in the recent local elections.

The spotlight during the conference that ended on Friday was on whether Lee Jae-myung, the former presidential candidate who won a recent by-election to represent a district in Incheon, would run for the post of party chair.

Lee did not respond directly to related questions by reporters following the workshop, only saying that he would think on it.

Some DP lawmakers have openly criticized Lee, partially blaming the party’s performance in the local elections on his bid for a National Assembly seat, arguing that Lee should not become the DP's next leader at the party congress.

However, observers say there is also the prospect that such pressure may result in Lee's decision to indeed run for the leadership.

Meanwhile, during the workshop, there were voices of self-contemplation that urged the party to humbly accept criticism over the party's loss, censure from existing supporters, and denouncing fandom for individual politicians.

Regarding party direction, lawmakers agreed to focus on the general public, the middle class and the vulnerable.
Share
Print
List