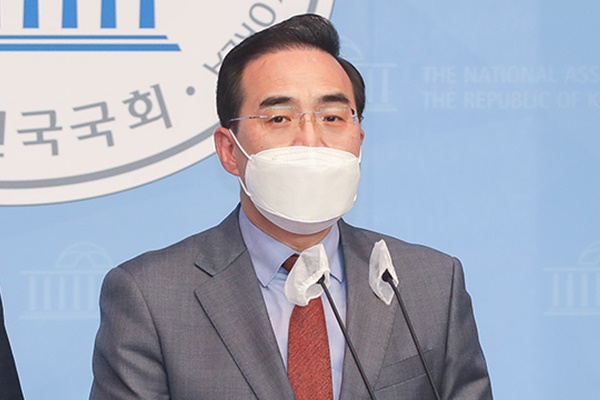 The main opposition Democratic Party (DP) has agreed to cede the presiding chair for the Legislation and Judiciary Committee at the National Assembly to the ruling party.

DP Floor Leader Park Hong-keun said on Friday in a press conference that the DP has agreed to the People Power Party(PPP) taking over the helm of the committee in the latter half of the 21st National Assembly as agreed by the floor leaders of the two rival parties last year.

The floor leader, however, asked the ruling party also to promise to implement past bilateral agreements.

Park said that the parties should restore mutual trust by following through on their agreements, adding his party will await PPP's response until Monday morning.

The remarks came as National Assembly proceedings remain in a gridlock for over three weeks with rival parties locking horns over control of key legislative posts, in particular the chair of the judiciary committee, which plays an important role of processing various bills.
Share
Print
List