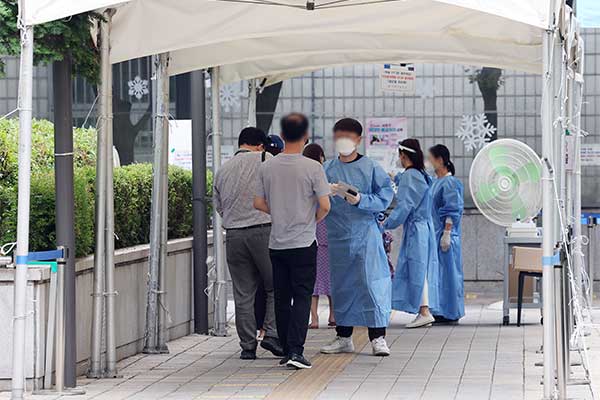 The number of new COVID-19 cases in South Korea remain under ten-thousand for a 16th consecutive day.

The Korea Disease Control and Prevention Agency (KDCA) said Saturday that six-thousand-790 infections were confirmed on Friday, including 85 from overseas.

For the past week, the daily average tally has been six-thousand-964.

The number of critically ill patients has edged down to 50 while 18 more deaths are reported, raising the death toll to 24-thousand-516. The overall fatality rate is zero-point-13 percent.

About five-point-seven percent of ICU beds for COVID-19 patients are in use, while the occupancy rate at treatment centers handling patients with mild symptoms is under ten percent.
Share
Print
List