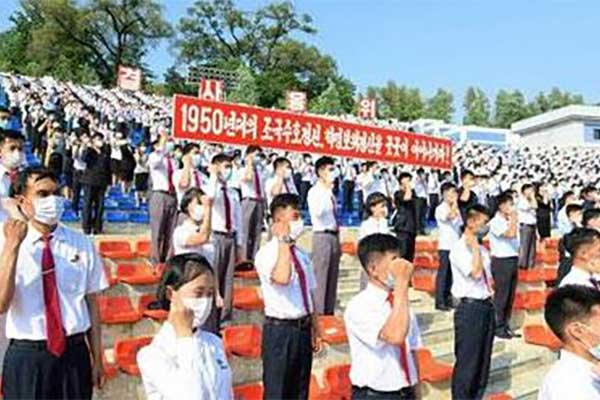 North Korea has held anti-U.S. rallies marking the 72nd anniversary of the outbreak of the Korean War.

The KCNA cited speakers from youth and farmers groups saying the U.S., still bent on war games, will be mercilessly punished if it forgets history's lessons and brings upon a war, and the North must not lower its guard.

The ruling party newspaper Rodong Sinmun also reported on the events, stressing the 1950s spirit of protecting the homeland.

The Korean Central Television said that laborers and students from across the country also paid visits to the tombs of the Korean War dead.

It's believed to be the first time in five years that the North has staged anti-U.S. public rallies around the Korean War anniversary.
Share
Print
List