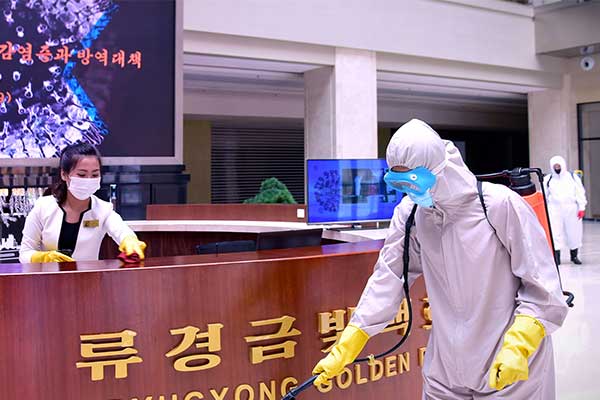 The number of confirmed cases of what North Korea calls fever, but the international community assumes to be COVID-19, have dropped below ten-thousand for the first time in a 24 hour period.

It said that over 12-thousand people made recoveries during that time.

The country has not announced the number of new deaths, the death toll or fatality rate for more than a week now. The last announcement was on June 15, when it said that total deaths numbered 73 and the fatality rate was at zero-point-002 percent.

The total number of fever cases since late April has surpassed four-point-seven million as of Friday, of which more than four-point-68 million have recovered and the rest are still being treated.

With fever cases continuing to decline according to what is announced by the North, South Korea's unification ministry believes the regime could declare later this month that the crisis has been resolved.

But many find Pyongyang's statistics unreliable as the number of deaths is far too low considering the reported caseload.
Share
Print
List