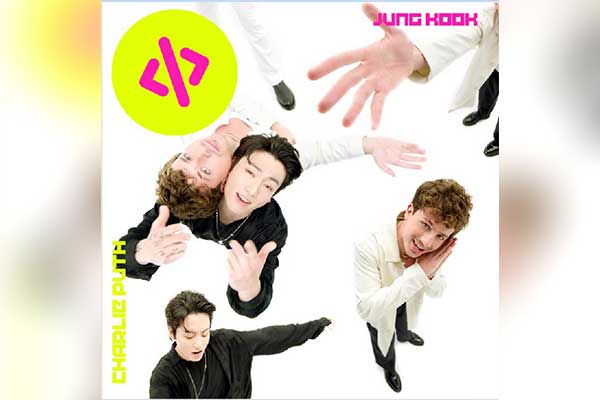 "Left and Right," a collaboration between BTS member Jungkook and U.S. singer-songwriter Charlie Puth, has topped the iTunes chart in 93 countries.

According to BTS' agency Big Hit Music, the song, released at 1 p.m. Friday, ranked at number one on the iTunes Top Songs charts in 93 countries, including the U.S., Canada, Denmark, Sweden and France.

The English language song has also moved up in rankings in Korea, to land at number 15 on the Top 100 of the largest domestic music chart Melon as of 10 a.m. Saturday.

The music video for the song has reached nearly 15 million views on YouTube.

The collaboration comes after the seven-member boy band recently announced they will take a break from group activities to focus on their solo careers.
Share
Print
List