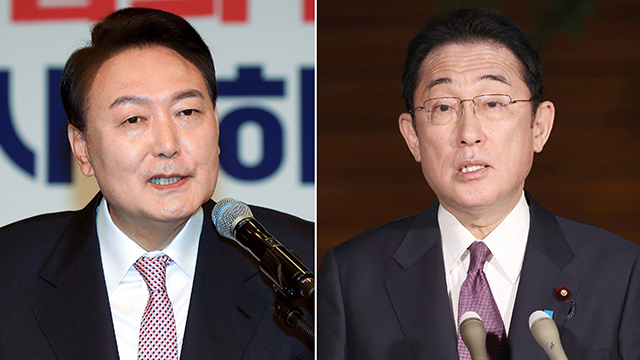 Kishida made the remarks to reporters in Tokyo when asked if he would hold a separate bilateral meeting with Yoon on the sidelines of the NATO summit.

The Japanese prime minister said that there is no scheduled summit with Yoon at the moment, adding that Japan will think about what step it will take in line with its consistent stance on South Korea.

Kishida and Yoon are scheduled to attend the NATO gathering set for Wednesday and Thursday in Madrid, Spain.

The four countries from the Indo-Pacific region have been invited to the NATO gathering, although they are not NATO members.
Share
Print
List