Finance Minister: Inflation May Rise above 6% This Summer 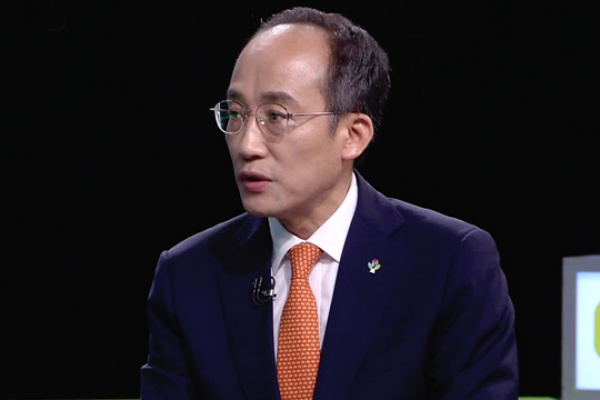 Finance Minister Choo Kyung-ho has warned that the country's inflation rate may rise above six percent between June and August.

Appearing on a KBS TV program on Sunday, the minister presented the grim outlook on prices, saying that the nation is inevitably under the influence of soaring prices of crude oil, raw materials and global food products.

The minister projected that high inflation will continue for a significant period of time, saying that the current price growth is mostly attributed to external factors.

Minister Choo said that the government is putting their top priority on stabilizing prices, pledging the government's best efforts to cool down soaring inflation by mobilizing all possible means.

Regarding the possible hike in electricity rates, the minister said that the rates should be raised and the government cannot keep delaying the increase, adding a proper level of hikes will be announced soon.
Share
Print
List