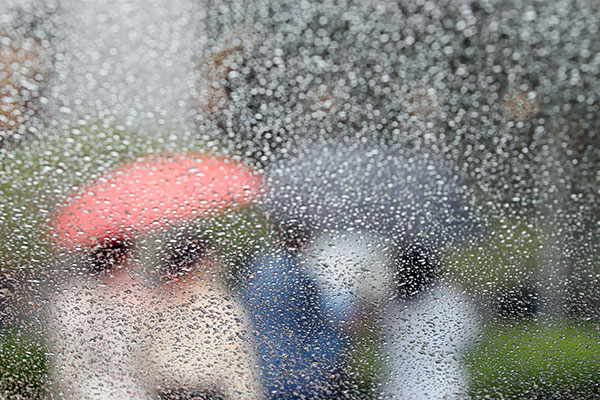 Heavy rains are forecast for most parts of the nation on Monday and Tuesday as a seasonal rain front heads north.

Chungcheong provinces, southern areas and Jeju Island are expected to see ten to 60 millimeters of rain, with more than 100 millimeters forecast for Mount Jiri and mountain areas on Jeju Island.

Some areas are likely to see torrential rains of 30 to 50 millimeters per hour along with thunder and lightning.