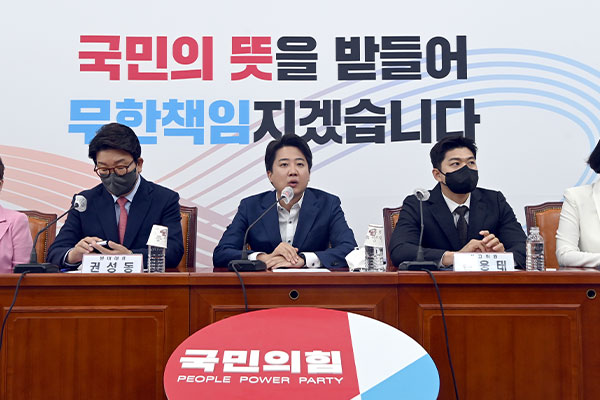 The ruling People Power Party(PPP) will launch a special committee to reform the party's nomination guidelines on Monday.

The innovation committee is set to hold its inaugural session at 3 p.m. on Monday at the National Assembly to begin its operation in earnest.

The formation of the committee was an initiative of PPP Chair Lee Jun-seok as a means of seeking party reforms after its massive victory in the June 1 local elections.

In the inaugural meeting, the committee will discuss operational plans and meeting schedules.