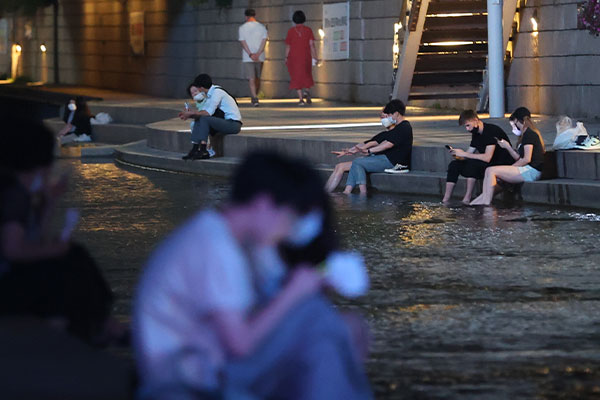 Seoul had a tropical night for the first time in June on Monday, recording the highest-ever morning lows for the second straight day.

According to the Korea Meteorological Administration, the capital city's morning low marked a record high of 25-point-four degrees on Monday.

With the morning low surpassing 25 degrees, the city logged a tropical night for the first time in June. A tropical night occurs when the temperature does not fall below 25 degrees between 6:01 p.m. and 9 a.m.

The record comes just a day after setting a new record for the first time in 25 years as the morning low posted 24-point-eight degrees.