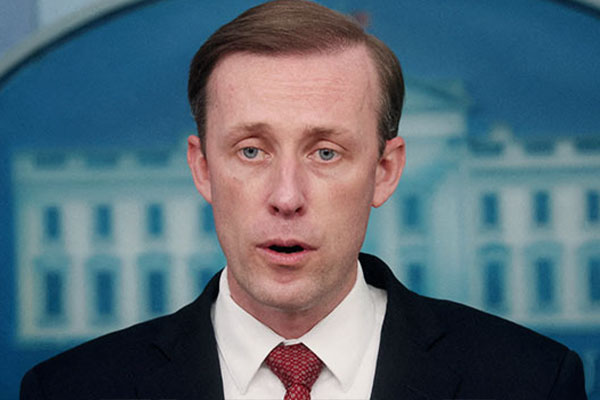 A senior White House official says the upcoming three-way summit among leaders of the U.S., South Korea and Japan will mainly focus on the continuing threat from North Korea.

U.S. National Security Advisor Jake Sullivan made the remark aboard Air Force One on Tuesday en route to Spain as he noted that the summit will be the first meeting that the three countries have had in some time among their leaders.

Sullivan said that U.S President Joe Biden, South Korean President Yoon Suk Yeol and Japanese Prime Minister Fumio Kishida will discuss what they can do in terms of applying economic pressure on the reclusive state.

In particular, Sullivan said the leaders will review ways of depriving Pyongyang of hard currency used to fund their nuclear and missile programs.

Asked if Washington is seeking additional sanctions on the North, Sullivan said the U.S. needs to constantly be looking for ways to cut off the North’s new sources of revenue as the North continuously adjusts its methods of acquiring funds.

He said the topic is something that Treasury Secretary Janet Yellen will discuss with South Korean financial authorities when she visits Seoul next month.
Share
Print
List