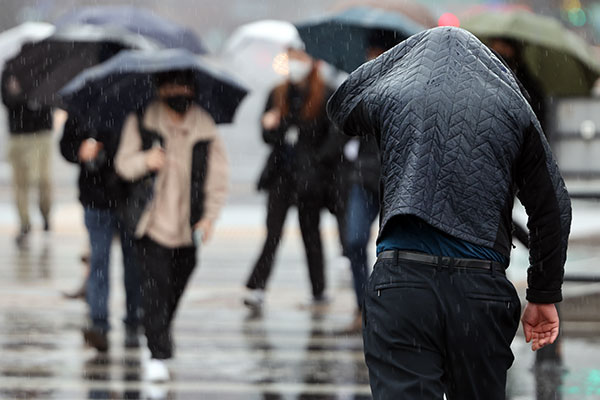 The southern coast and Jeju Island are expected to come under the influence of Typhoon Aere around Monday or Tuesday.
The name "Aere," submitted by the U.S., is a Marshallese word for "storm."
According to the Korea Meteorological Administration (KMA), the tropical storm formed over waters 760 kilometers south-southeast of Okinawa, Japan at 9 a.m. Friday. It is currently moving in the north-northeast direction at a speed of 13 kilometers per hour. The typhoon's maximum speed is 65 kilometers per hour.
Aere will likely move fairly quickly northward, riding on the edges of a North Pacific high pressure front, leaving Korea little time to make preparations.
Though its impact is expected early next week in Jeju and south coast areas, the trajectory could change as the typhoon is still in the early stages of formation.
South Korea is directly affected by an average of three-point-four typhoons out of some 25 that develop each year.
Share
Print
List