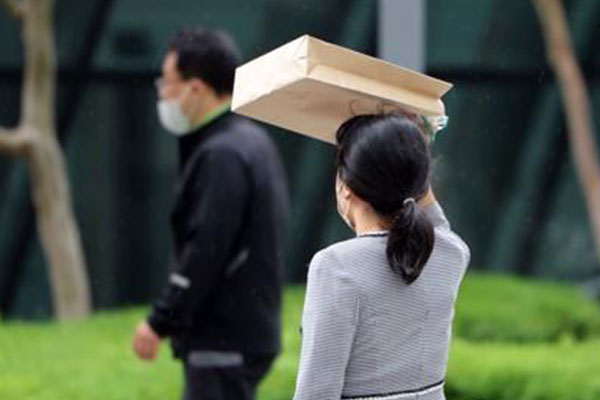 With heat wave alerts issued across the country, cloudy skies are forecast nationwide Saturday with inland areas seeing showers through the evening.

In some regions, the rain will bring gusty winds, lightning or hail.

Most of the country saw temperatures rise above 30 degrees Celsius from the morning, with daytime highs forecast between 28 and 36 degrees. Daegu will see the mercury level rise to 36 degrees.

On Sunday, partially cloudy skies are expected in the central region while overcast conditions will persist in southern areas and Jeju Island, where sporadic rain is also forecast from the afternoon.

Jeju will see ten to 40 millimeters of precipitation, and the southern areas five to 20.

The sweltering weather will continue Sunday with morning lows ranging from 21 to 26 degrees including 24 forecast in Seoul. Afternoon highs will be similar to Saturday with 35 degrees expected in Daegu and 33 in Seoul.
Share
Print
List