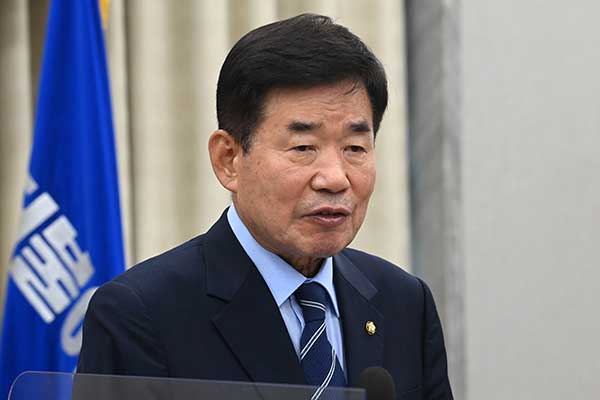 Kim Jin-pyo, a five-term lawmaker of the main opposition Democratic Party(DP) has been elected as the new National Assembly speaker.

During a plenary session on Monday, Kim won 255 votes out of the total 275. He will lead the second half of the 21st National Assembly until May 2024.

This comes as the rival parties reached a breakthrough compromise after more than a month of idling amid a deadlock in negotiations over parliamentary committee formation.

After the election, Kim called for a swift agreement on committee formation and Cabinet member confirmation hearings.

His election came after the DP accepted a proposal from the ruling People Power Party(PPP) that it would cooperate on the election of the parliamentary speaker and vice speakers on the condition that the DP would select parliamentary committee chiefs based on an agreement between the two sides.
Share
Print
List