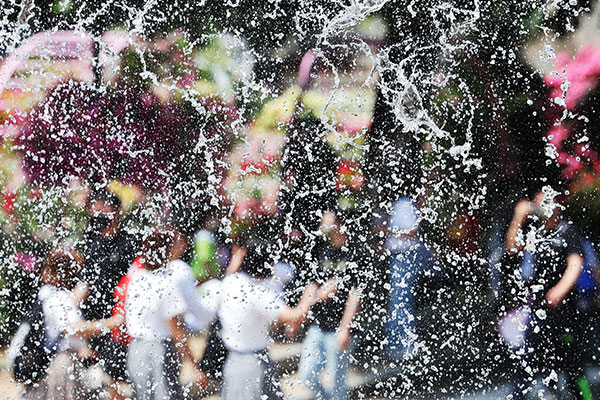 South Korea will see an extension in the scorching heat wave blanketing the country as Typhoon Aere is forecast to veer toward Japan.

Due to the typhoon's influence, sweltering heat and high humidity will stay until at least Wednesday, with most of the nation experiencing scorching temperatures of over 30 degrees Celsius.

Heat wave warnings are being expanded nationwide, especially after the cities of Seoul and Daegu saw temperatures of up to 35 degrees during the day on Monday.

With high temperatures and humidity readings, health authorities are issuing warnings against heat-related illnesses such as heat stroke.

The number of patients reporting heat stroke between May 20 and July 2 was 355, more than double the number during the same period last year.
Share
Print
List