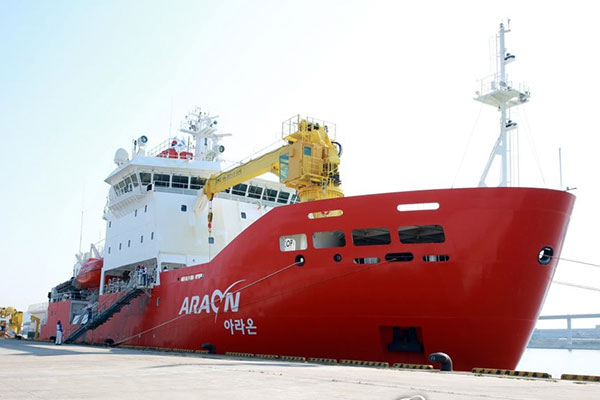 South Korea’s one and only icebreaker, the Araon, has embarked on a new research expedition in the Arctic Ocean.

According to the Korea Polar Research Institute on Monday, the vessel left Incheon Port earlier in the day for a 92-day expedition, which will take it to waters near the Arctic Ocean including the Bering Sea, the Eastern Siberia Sea and the Beaufort Sea.

The new North Pole project is aimed at examining the causes of abnormal weather conditions affecting the Korean Peninsula and global warming’s impact on the Arctic's ecological system and marine environment.

The Araon will also conduct maritime surveys to secure information on aquatic life resources in the open waters of the Arctic.

This is the vessel's 13th voyage to the Arctic and will cover 15-thousand kilometers through October 4.
Share
Print
List