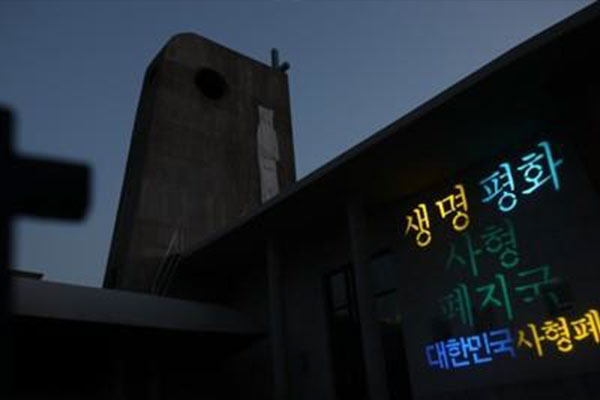 The leaders of seven religious groups have submitted a joint opinion to Constitutional Court, the first of its kind, calling for abolishing the death penalty as the court held an open hearing on Thursday to deliberate the legality of the sentence.

The seven groups include the Joggye Buddhist sect, the National Council of Churches, the Catholic Bishops' Conference, Won Buddhism, Cheondogyo and the Korea Religions Association.

In the letter, the leaders argued that people who committed crimes against others must be duly punished but that it is not right for the state to take their lives.

They said the state should instead investigate what conditions enable such crimes to take place, draft preventive measures and expand institutional support for the victims.

The groups went on to say that although abolishing capital punishment is a global trend, laws and regulations in South Korea have not undergone any changes.

They noted that special bills to eliminate the death penalty were introduced in parliament nine times from the 15th to the 21st National Assembly but not one was passed out of the Legislation and Judiciary Committee.

South Korea has long been categorized as an "abolitionist in practice country,” having not carried out an execution for 25 years since late 1997, but capital punishment is still legal option under domestic law.
Share
Print
List