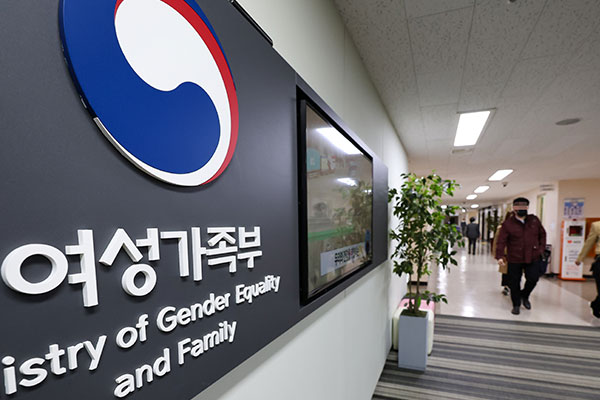 President Yoon Suk Yeol has ordered the swift drafting of a roadmap on fulfilling his pledge to abolish the gender equality ministry.

Yoon issued the instruction on Monday during a policy briefing by Minister of Gender Equality and Family Kim Hyun-sook, according to presidential spokesperson Kang In-sun.

The spokesperson said that Yoon instructed Kim to conduct a comprehensive review of the ministry’s services and swiftly come up with a roadmap for abolishing it.

The ministry's abolition was reportedly not among the policies the minister reported to the president in her briefing.

Minister Kim said in a media briefing that she interpreted the president’s words as a call for immediate efforts to abolish the ministry, saying that she had been planning to take some time to advocate for the ministry amid pending related proceedings within the ministry, such as a meeting of external experts.
Share
Print
List