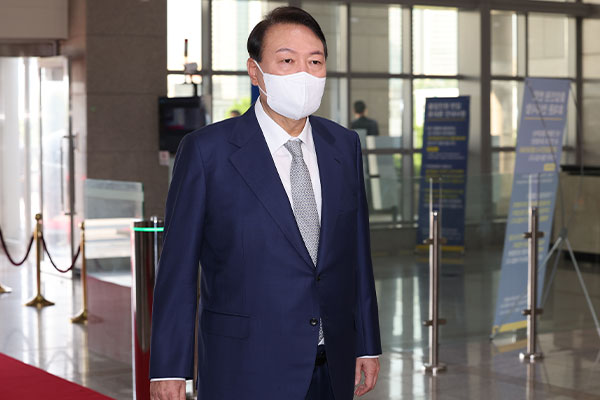 President Yoon Suk Yeol says collective action against a government policy or reform plan pursued in accordance with the Constitution and law can be a serious breach of national law and order.

The president made the remark on Tuesday on his way to work when asked by reporters to comment on criticism within the police force over the government’s plan to set up a police oversight bureau under the interior ministry.

Yoon said that like the rest of the public, he is deeply concerned about the collective action taken by police station chiefs in opposition to the planned launch of the bureau.

He said the Cabinet will deliberate later in the day on an enforcement decree establishing the unit, adding that there could be various opinions on the matter but the nation’s fundamental law and order must not be rattled.