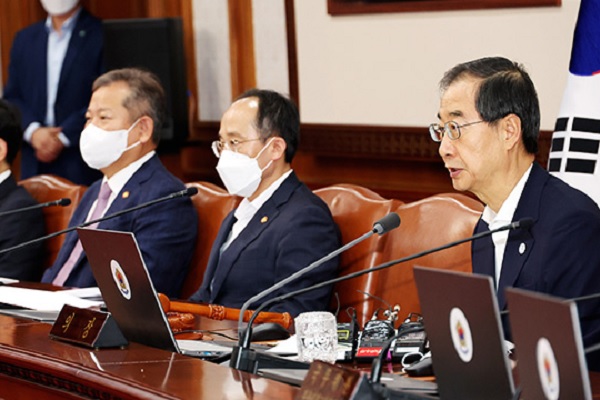 The government has passed an enforcement decree to establish a police oversight bureau under the interior ministry, despite strong protest from the police force.

The government passed the decree during a Cabinet meeting chaired by Prime Minister Han Duck-soo on Tuesday.

Under the decree, the envisioned unit will comprise 13 members.

The prime minister said the enforcement decree aims to enable the interior minister to handle the command over the National Police Agency in a more transparent and democratic manner, a responsibility previously managed by the office of the senior presidential secretary on civil affairs.

With the Cabinet passing the decree, the motion will be promulgated and put into effect on Tuesday.
Share
Print
List