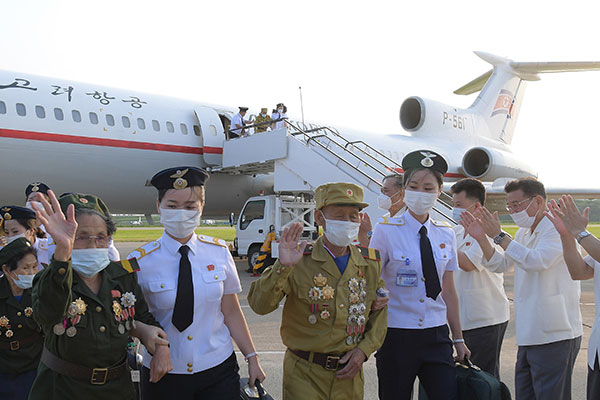 North Korea rolled out the red carpet for war veterans from across the nation ahead of the 69th anniversary of the signing of the Korean War Armistice Agreement.

The Korean Central News Agency(KCNA) reported on Tuesday that veterans from all around the country arrived in Pyongyang the previous day, where crowds waving North Korean flags gathered to welcome the attendees with a celebratory atmosphere.

The KCNA pointed to the show of respect toward the war-winning generation as the duty of the new generation and said that the matter is not only about morality but a part of upholding the great achievement of socialism.

The North, which claims to have defeated the U.S. during the three-year conflict, declared the July 27 Armistice signing "the Day of Victory in the Great Fatherland Liberation War" in 1973, later promoting it to a national holiday in 1996.
Share
Print
List