Data: Half of Older Population Getting Pension, 68.5% Hope to Continue Working 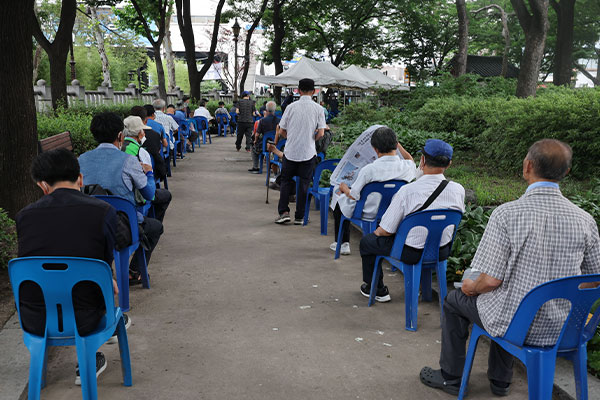 South Korea's population aged 55 to 79 has surpassed 15 million for the first time as of May, rising two-point-two percent on-year.

According to Statistics Korea data released on Tuesday as part of its survey on the economically active population, this group accounts for 33-point-four percent of the population 15 and older, compared to 24-point-seven a decade ago.

Some 49-point-four percent of the age group received pensions in the past year. While the new number is up slightly by one percentage point from the previous year, it still indicates that more than half of the demographic are not receiving any pension.

The employment rate among the age group is also at a record high of 58 percent, with more than 68 percent, about seven out of ten, expressing a desire to continue working, an increase from just over 59 percent ten years ago.