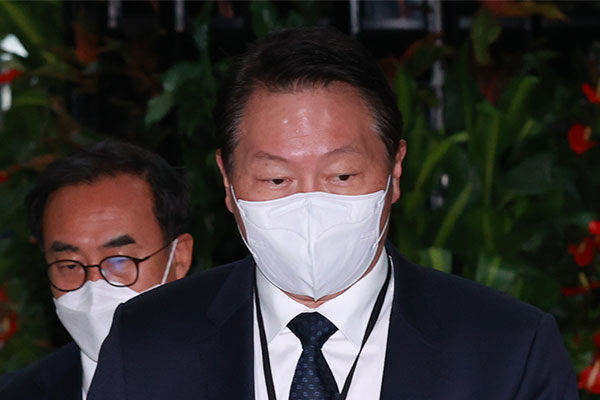 U.S. President Joe Biden will hold a virtual meeting with SK Group Chairman Chey Tae-won on Tuesday, local time, with a focus on the group’s investments and job creation in the U.S.

According to the announcement by the White House on Monday, U.S. Secretary of Commerce Gina Raimondo is also set to join the talks.

Per the statement, the meeting will highlight the manufacturing boom driven by the Biden administration, job creation, and tackling the climate crisis through technology. It added that the meeting will showcase the strength of the U.S. as a top destination for business investment.

SK Group's U.S. investment plan is also expected to be announced during the meeting, although the details, including the scale and time frame, are still unknown.

The group previously announced a 247 trillion-won investment in the fields of chips, batteries and bioscience by 2026, 68 trillion won of which will be invested overseas.
Share
Print
List