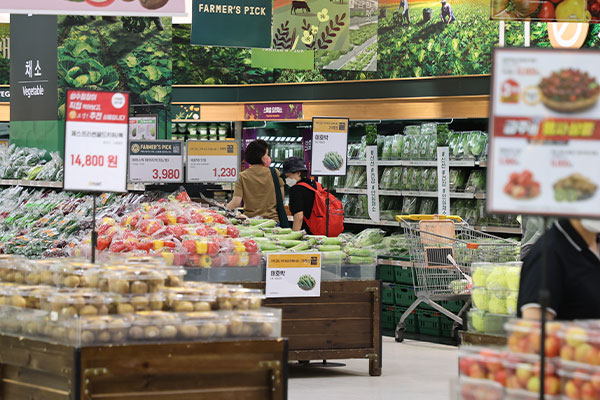 According to the Bank of Korea(BOK) on Wednesday, expected inflation, measuring consumers’ estimates on price increases in the next 12 months, stood at four-point-seven percent this month, up zero-point-eight percentage points from June.

It is the highest level since comparative data began to be compiled in 2008. There were only a few times previously when the number topped four percent but those figures, recorded in 2008 and 2011, were lower than four-point-seven percent.

Hwang Hee-jin, a senior official of the Bank of Korea, attributed the rise mainly to the consumer price index climbing to six percent last month, saying that those surveyed must have judged that prices will not drop significantly in the second half of the year.

The expected key interest rate index regarding future expectations of the benchmark rate also hit a record high at 152, up by three points from June amid speculation that further key rate hikes will be made to counter inflation.

The Composite Consumer Sentiment Index retreated by 10-point-four points from June to 86, falling below 90 for the first time in 21 months. A reading below 100 means pessimists outnumber optimists.