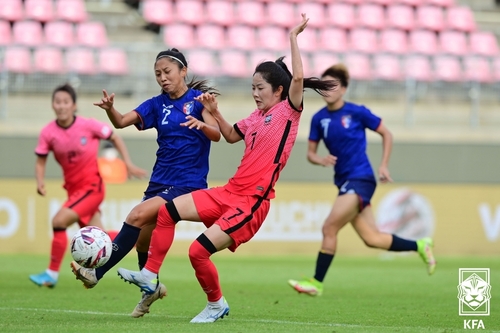 During the East Asian Football Federation E-1 Championship match held at Kashima Soccer Stadium in Ibaraki Prefecture, Japan, Kang Chae-rim, Lee Min-a and Ko Min-jung each scored for South Korea after the team moved ahead in the 35th minute on an own goal by the opponent.

With the victory, South Korea finished the tournament on four points while Chinese Taipei earned none with defeats in all three of its matches.

Japan defended its title after a scoreless draw with China on Tuesday, which put the hosts ahead on seven points, while China came in second with five points.