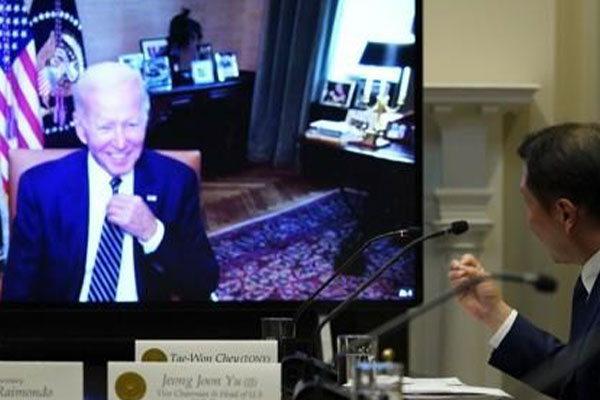 According to the White House, SK Group Chairman Chey Tae-won, who is on a visit to the U.S., announced the plan during a video conference with Biden at the White House the same day.

Biden, who is recovering from a recent COVID-19 infection, apologized to Chey for not physically sitting down with him before touting SK’s plan as “historic” and “groundbreaking.”

He said the plan by South Korea's second largest conglomerate provides evidence that South Korea, the U.S. and its allies are winning the technology competition of this century.

He added that by uniting their skills and innovation, South Korea and the U.S. will manufacture technologies that create the critical changes needed for both countries.
Share
Print
List