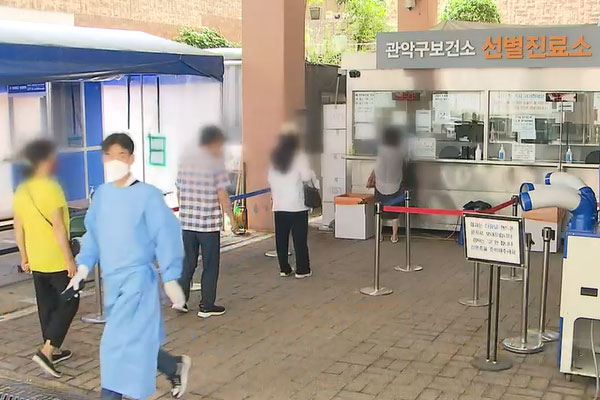 South Korea’s daily COVID-19 cases topped 100-thousand for the first time in three months amid a new wave of infections.

The Korea Disease Control and Prevention Agency said on Wednesday that 100-thousand-285 cases were compiled throughout the previous day, including 532 cases from abroad, bringing the total caseload to about 19 million-447-thousand.

The daily tally jumped by around one-thousand from a day ago to hit a 98-day high after 111-thousand-291 cases were registered on April 20.

It is also the first time daily cases exceeded 100-thousand since April 20 and marks the largest Wednesday tally in 14 weeks.

From a week ago, however, the daily figure increased one-point-three times amid a slowing trend of doubling, or the daily tally growing twofold every week. Compared to two weeks ago, it is two-point-49 times higher.

The imported cases per day, meanwhile, hit a record high since the nation reported its first COVID-19 case in January of 2020.

With the rise in infections, the number of seriously or critically ill COVID-19 patients also rose by nine from a day ago to 177.