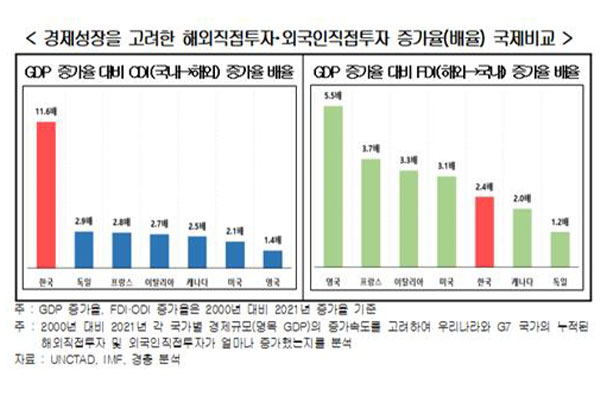 According to the Korea Enterprises Federation on Tuesday, ODI jumped two-thousand-465-point-seven percent between 2000 and 2021. FDI, on the other hand, expanded 501-point-nine percent in the same period, generating a net investment outflow of 311 billion dollars.

ODI expanded around eleven-point-six times more than the country's gross domestic product(GDP), a higher multiplier than all Group of Seven(G7) member nations.

While ODI in South Korea was zero-point-49 times larger than FDI in 2000, that ratio surged to two-point-one times in 2021, higher than six of the G7 member states.