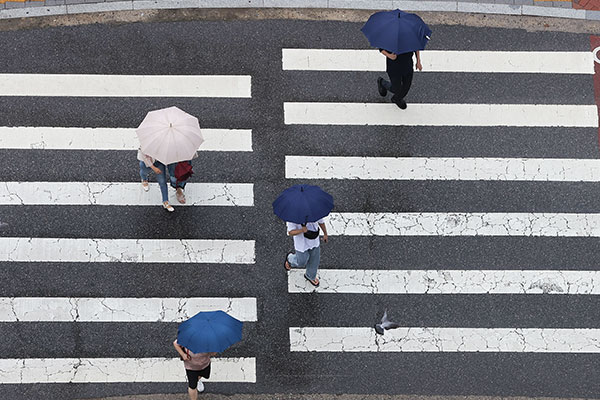 Typhoon Trases weakened to a tropical depression on Monday morning, a few hours after Typhoon Songda had also lost strength.

The Korea Meteorological Administration(KMA) said that although both typhoons have lost force, they continue to push large amounts of hot and humid air toward South Korea.

The rest of the nation is set to see five to 40 millimeters of rain.

The agency projected that afternoon highs will reach 32 degrees Celsius in Seoul on Monday and 31 degrees in Busan and Daegu.

A heat wave advisory is in place for the Chungcheong and Jeolla provinces, as well as parts of the Gyeongsang provinces.
Share
Print
List