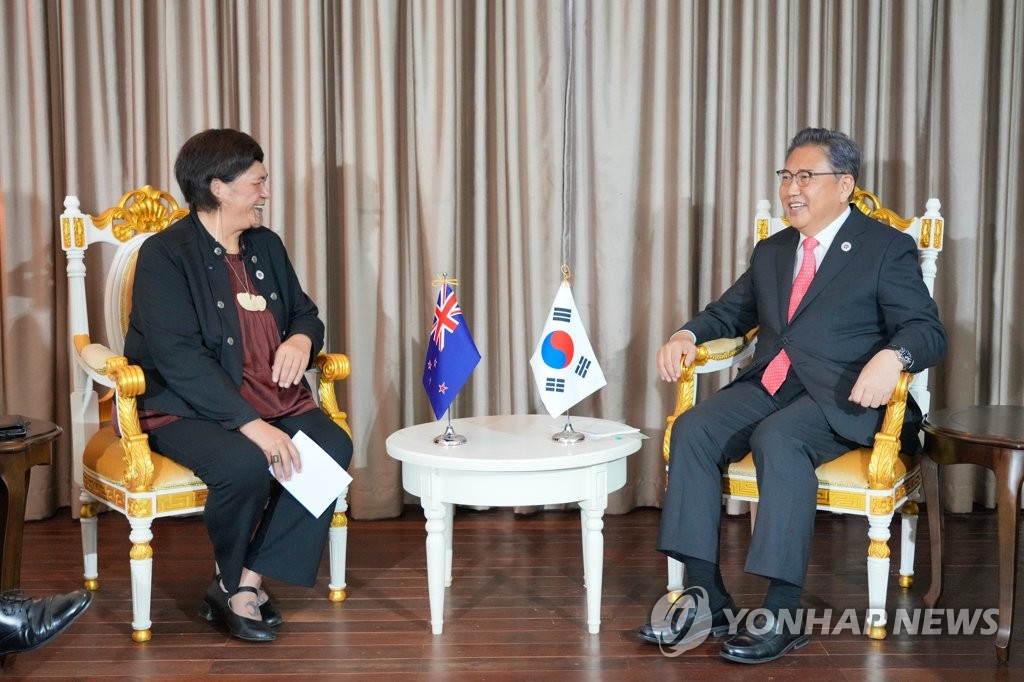 Foreign minister Park Jin held talks with the top diplomats of New Zealand and Brunei on Thursday to discuss the regional situation and ways to develop ties between their nations.

According to Seoul's foreign ministry on Thursday, Minister Park and his New Zealand counterpart Nanaia Mahuta held a separate bilateral meeting on the sidelines of the foreign ministers' meeting of the Association of Southeast Asian Nations(ASEAN) in Cambodia.

The two sides held in-depth discussions on the state of affairs on the Korean Peninsula and the Indo-Pacific region and agreed to enhance substantive cooperation between the two nations.

The two sides welcomed the scheduled resumption of direct flight between the two nations this month, expressing hope for an increase in person-to-person exchanges.