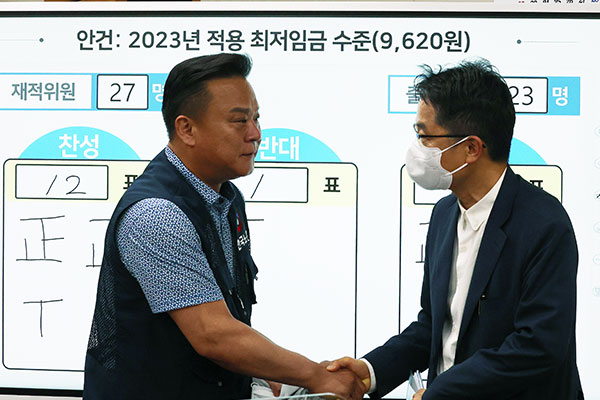 Next year's minimum wage has been set at nine-thousand-620 won per hour, up five percent from this year.

The Ministry of Employment and Labor said it posted the notice in the official gazette at 9 a.m. on Friday.

With the raise of 460 won from this year, a full-time minimum wage worker will earn a little more than two million won per month next year.

The new rate will be applied equally across all industries.

The Minimum Wage Commission decided on the new rate in a plenary session on June 29.

Following the decision, the labor ministry announced the new figure and received objections until July 18.

A total of four complaints were filed from organizations representing labor, employers and small businesses, but they were all rejected.
Share
Print
List