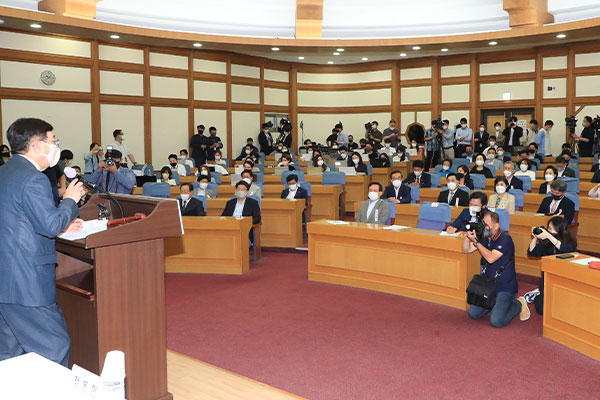 The standing national committee of the ruling People Power Party(PPP) on Friday determined that the party's current turmoil warrants proceedings to form an emergency steering committee.

Rep. Suh Byung-soo, the head of the standing committee, said 29 out of 40 panel members in attendance supported the move.

Twenty-six out of the 40 members approved a revision of the party charter that extends the authority to appoint the head of the interim committee to the acting party chief.

However, a revision that would allow suspended party leader Lee Jun-seok to maintain his post despite the formation of the interim committee did not receive adequate support, garnering only ten votes.

The standing committee will now submit the approved revision to the national committee, set to convene next Tuesday.

The announcement comes in the wake of a leadership vacuum stemming from the suspension of the party chief over allegations of a sexual bribery cover-up. Suh said if and when the current Supreme Council is dissolved, Lee would automatically lose his leadership.
Share
Print
List