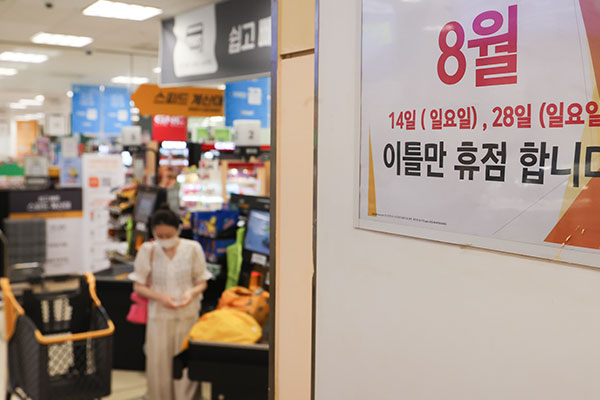 Prime Minister Han Duck-soo pledged to listen to all sides for and against a proposal to lift mandates on mega supermarkets to close twice a month until all parties reach an agreement.

On his social media on Thursday, Han said the regulatory review board introduced by the Yoon Suk Yeol administration held its inaugural meeting earlier in the day and discussed the matter.

Emphasizing that the objective of the new panel is to reach a compromise through discussions, Han said regulatory reforms are not a zero-sum but a win-win game in which parties involved seek a way to coexist.

Merchants and traditional market operators nationwide balked when the government floated the possibility of scrapping restrictions on the mega marts’ business operations that went into effect in 2012 requiring them to close twice a month.

The giant retailers on the other hand, are calling for the rule’s abolishment, saying priority should be placed on consumer convenience amid skyrocketing inflation.
Share
Print
List