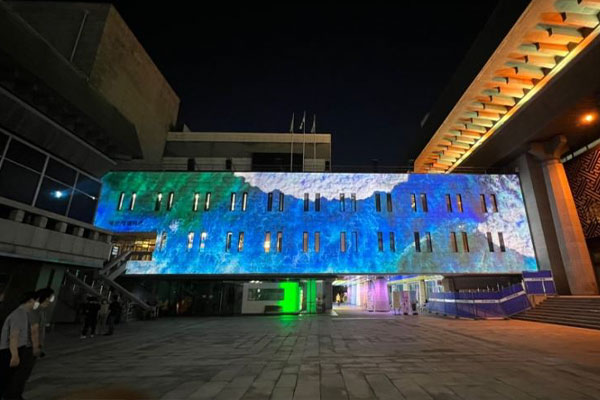 The Seoul city government will light a media facade installed on a wall of the Sejong Center for the Performing Arts to commemorate the reopening of Gwanghwamun Square.

According to city officials on Friday, the media facade will be lit from 8:30 p.m. on Saturday, and the first exhibit, titled "Laonhaje," meaning "joyful tomorrow" in the Korean language, will be shown through September 15.

Another exhibit, "Hamseong,” will be shown from August 14 to 27, marking the 77th anniversary of Korea's liberation from Japan's colonial rule. The name of the feature, which means “shout,” connotes the exclamation of joy felt by the nation upon gaining its freedom.

The municipal government is reopening Gwanghwamun Square after spending a year and nine months expanding its greenery to around a quarter of the entire area.
Share
Print
List