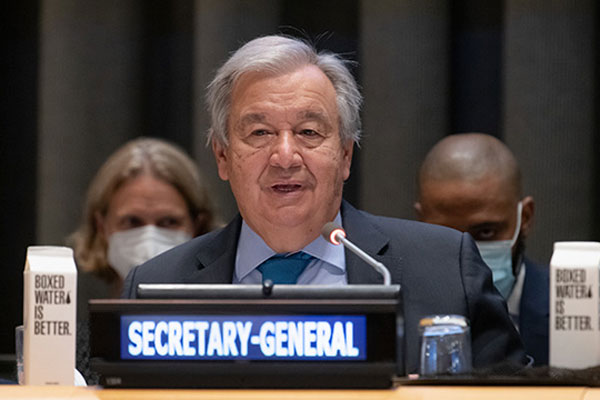 UN Secretary-General Antonio Guterres will visit South Korea next Thursday and Friday as part of his Asia tour.

According to UN spokesperson Stéphane Dujarric on Friday, a detailed itinerary is being coordinated with the Seoul government.

Given the UN chief's Asia tour is focused on denuclearization, Guterres is likely to meet senior officials in Seoul to discuss the North Korea nuclear issue.

When asked about what efforts were being made to prevent another nuclear test by North Korea during a briefing, the spokesperson said the secretary-general believes that all countries including North Korae who can exert influence must work toward the complete denuclearization of the Korean Peninsula.

He added that the international community should speak in one voice and exert united efforts.
Share
Print
List