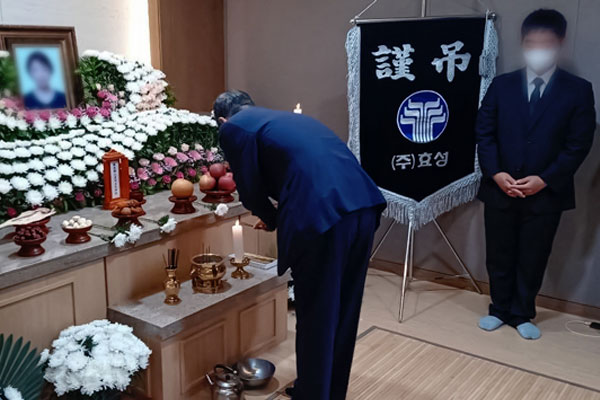 Prime Minister Han Duck-soo has vowed to determine the cause of a deadly fire that broke out in Icheon, Gyeonggi Province on Friday and also come up with preventive measures.

After visiting the funeral home of those who died in the fire, Han said Saturday that five people lost their lives and over 40 others were injured.

Expressing his condolences, he said it is heartbreaking to think of the pain of the bereaved families and promised to make improvements.

He also hoped for the quick recovery of those wounded and thanked officials who took part in rescue efforts.

The police have begun investigating the cause of the blaze based on a field survey conducted Friday. Findings have been passed on to the National Forensic Service for analysis.

Officers believe a room on the building's third floor which housed a virtual golf gaming center has been completely destroyed, possibly pointing to the source of the fire.

Patients and a nurse from a hospital on another floor of the building are among the dead.

The police will summon for questioning the golf center owner, the building's manager and people who witnessed the outbreak of the fire.
Share
Print
List