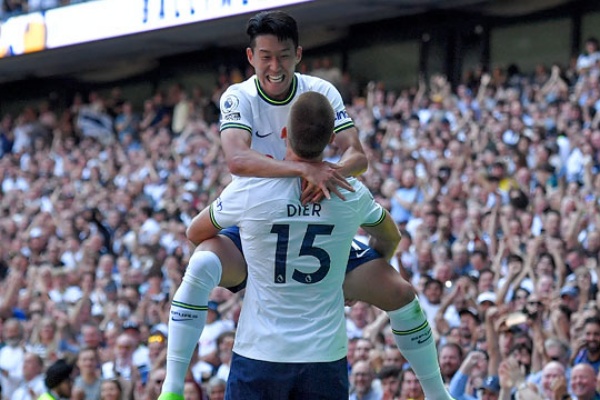 South Korean forward Son Heung-min of the Tottenham Hotspur in the English Premier League picked up his first assist of the season in the team's season opener.

In a match against Southampton at Tottenham Hotspur Stadium in London on Saturday, Son helped Eric Dier score a goal in the 31st minute when the match was at a 1-1 tie. Tottenham won the game 4-1.

Last season, Son scored a career-high 23 goals to become the first Asian to win the title of top scorer in the league. He shared the Golden Boot award with Mohamed Salah of Liverpool.
Share
Print
List