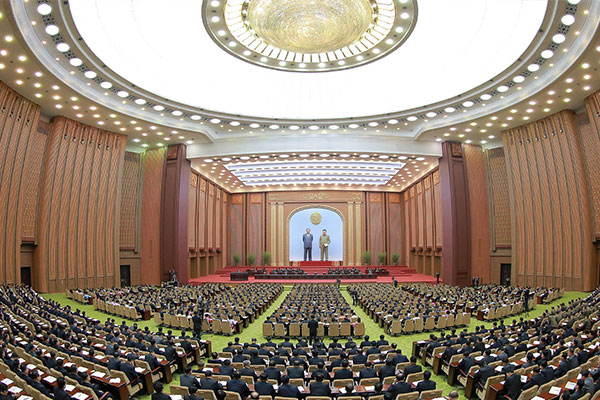 According to the North's state-run Korean Central News Agency(KCNA) on Monday, the standing committee of the Supreme People's Assembly(SPA) decided to convene the Seventh Session of the 14th SPA on September 7 in Pyongyang.

The KCNA said the committee made the decision in a plenary session on Sunday at the Mansudae Assembly Hall in Pyongyang.

The registration of SPA delegates who will attend the planned meeting will reportedly begin on September 6.