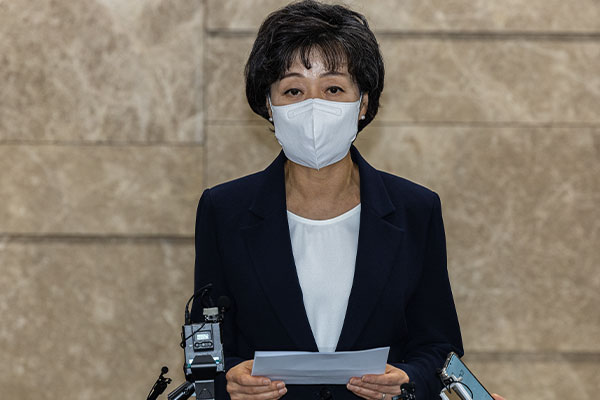 The education ministry has effectively withdrawn an earlier proposed plan to lower the school starting age to five years old.

Briefing the parliamentary education committee on Tuesday, vice education minister Jang Sang-yoon said it has become difficult to push forward with the policy, although he declined to confirm that the plan is completely scrapped.

The vice minister said the plan was proposed during a policy briefing to President Yoon Suk Yeol, and that the intention of the ministry in making such a proposal was to initiate an earnest public discussion on the matter.

With an aim to strengthen state responsibility in education and childcare, the vice minister pledged to gather related opinions from the public and experts, remaining open to all possibilities.

In the wake of collecting criticism of the proposed age-lowering plan, education minister Park Soon-ae tendered her resignation on Monday.
Share
Print
List