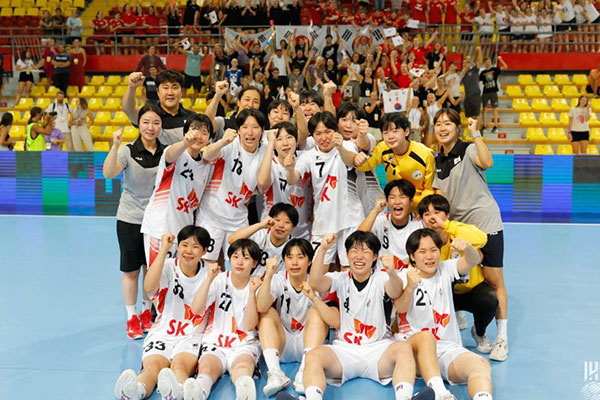 The South Korean women's under-18 handball team on Monday reached the finals of the world championships for the first time in 16 years.

The last time South Korea advanced to the final round was when they finished the 2006 inaugural championship as runners-up. The country has since finished third in the 2016 and 2018 tournaments.

In the final match, set to begin at 1:15 a.m. on Thursday, Korea time, the national team will face off against European powerhouse Denmark, which won championship titles in 2006 and in 2012.
Share
Print
List