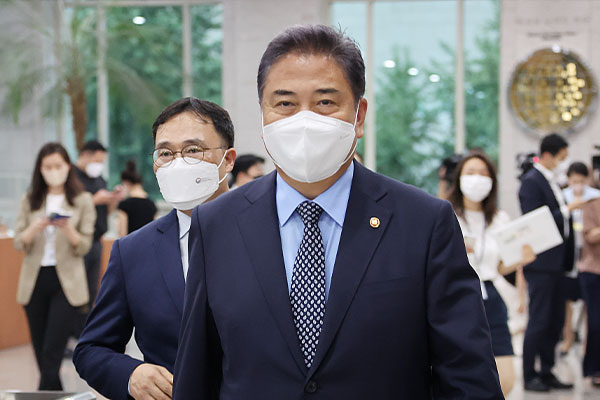 The remarks came during a meeting with South Korean entrepreneurs in the city of Qingdao on Tuesday, the second day of Park's three-day visit to China.

Pointing out that trade with China in the month of May posted a deficit for the first time in 28 years, the foreign minister assessed that the international order surrounding the two partner countries has entered a new turning point. He specifically noted that global trade is evolving amid an escalating U.S-China rivalry and expanded risks that threaten the current state of international relations.